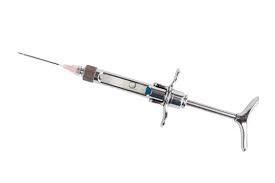 Lidocaine is a widely used antiarrhythmic drug which is effective for immediate suppression of serious ventricular arrhythmias occurring in a variety of clinical settings. It is only available for intravenous use since a short half-life precludes oral use. The dosage is 100 to 200 mg by bolus, followed by a continuous intravenous infusion of 2 to 4 mg/min. The serum half-life of a single bolus of this drug is only 15 minutes, as it is rapidly distributed to peripheral stores. When a continuous intravenous infusion is initiated, more than one hour is required to achieve a steady-state level.

During this time, levels of the agent may be subtherapeutic, and recurrent arrhythmia should be treated with additional boluses of lidocaine. During continuous infusion the drug is widely and rapidly distributed to peripheral stores, being avidly bound to adipose tissue. With the discontinuation of the intravenous infusion, the adipose stores will maintain blood levels for up to two hours. The drug is rapidly metabolized during a first-pass effect in the liver to inactive metabolites. In the presence of hepatic dysfunction or severe congestive failure, the dosage of the medication should be reduced.

Lidocaine does not alter the surface electrocardiogram; and the P-R, QRS, and Q-T intervals are not affected, making the drug safe in patients with conduction abnormalities. The agent does not affect cardiac output or other hemodynamic parameters, and it can be safely administered to patients with congestive heart failure.

The majority of side effects caused by lidocaine are related to the infusion rate and serum level achieved. The most frequent toxic effects involve the central nervous system and include tremors, light-headedness, dizziness, increased agitation, changes in personality and mood, psychosis, lethargy, somnolence and, rarely, seizures. Gastrointestinal side effects include nausea and vomiting. Rarely, the medication may produce hypotension or rash. 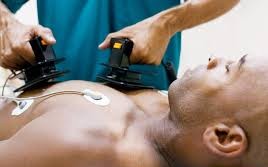 situations; however, it can only be administered intravenously, and if long-term therapy is necessary, another oral drug must be used.

Bretylium is an antiarrhythmic agent derived from guanethidine. It depletes catecholamines and thus exerts antisympathetic activity. The direct electro-physiologic effects of the drug are a prolongation of the action potential duration and increase of the refractory period.

Bretylium is only available for intravenous use, and the usual dose is 10 mg/kg by bolus, followed by a continuous intravenous infusion of 2 to 4 mg/min. The antiarrhythmic effect of the drug may be observed for several hours after a single dose, and a continuous infusion may not be necessary. Bretylium does not substantially change the QRS interval, but there may be a slight prolongation of the P-R and Q-T intervals because of the drugs antisympathetic effect.

Bretylium has a direct positively inotropic effect, but the mechanism is unclear. After the initial bolus, there may be a hypertensive response and a sinus tachycardia due to elevated levels of circulating catecholamines; however, with continuous infusion, catecholamines are depleted, resulting in a decrease in peripheral vascular resistance which may cause hypotension and an augmentation in cardiac output.

The major side effects of bretylium result from its antisympathetic activity. The most frequent is the development of orthostatic hypotension, which may persist for a prolonged period after the drug is discontinued. Other side effects include nausea and vomiting.

Stenocardia is shown by acute, severe retrosternal pain and feeling of discomfort in the breast which is explained by a violation of normal blood supply of certain heart departments. Now stenocardia is the leading symptom of coronary heart disease (CHD) connected with narrowing or blockage of vessels. Subjective feelings of patients with stenocardia are very various, but it is possible to allocate also some general

Impulses for heartbeat are created by the sinoatrial node when there are any pathological centers, the frequency of heart contraction gets off. Arrhythmia can proceed without special harm to an organism, giving only some inconvenience, but sometimes this disease happens dangerous. Such kind of arrhythmia as premature ventricular contraction meets 60-70% of people. It can be shown differently: in the form of tachycardia, vibration in