Will Antibiotics Ever Become Inefficient?

The world is changing rapidly, but quietly. Somewhere in laboratories today familiar facts are being destroyed and new, amazing – discovered.

Doctors used to prescribe broad-spectrum antibiotics in each second case. And they really have saved thousands of people. However, during several decades bacteria adapted well to these drugs.

The discovery of antibiotics is one of the most important achievements in medicine, it has increased average human’s longevity.

Watch the video where the history of antibiotics is fully described:

But these substances use inevitably leads to bacteria mutation and resistance development to existing antibiotics. Previously, it happened slower, as the extent of antibiotic use was much smaller. Infectious agents rarer «got acquainted» with these drugs and a smaller number of bacteria had a chance to become resistant. The more antibiotics are used, the greater resistance extent is. This is the eternal competition of «predator-prey» type, and to each new drug sooner or later resistance is formed.

The first antibiotic, penicillin, or benzylpenicillin, was used in very small doses because he was super active. But pretty soon the dosage increased by million (!) times. Mutations in bacteria genome, that allow them to protect themselves from antibiotics effects, spread among microbial populations and lead mass resistance development. Gradually pool of such mutations is expanding and an increasing number of drugs that have recently worked become useless.

At the same time new drugs that could replace those antibiotics, to which bacteria have developed mass resistance, are very few: in 1990 their creation rate was many times higher. The reasons are entirely economic: in comparison with drugs that patient takes during his lifetime, e. g. heart disease drugs or insulin, antibiotics bring a lot less money. Prices for recently released antibiotics are very high, but it does not help: creating original drug costs in billions of dollars. Therefore, many of the largest pharmaceutical companies actually phase down antibiotics production. 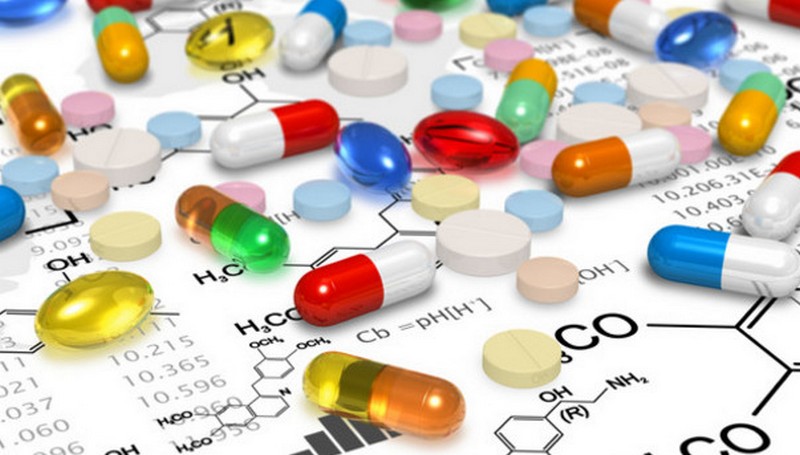 To some extent, this has stimulated researchers to find ways to «control» resistance, first of all – to establish a correlation between resistance development and antibiotics concentration. As a rule, it is impossible to identify such correlation in clinics due to a huge number of factors that affect the treatment results.

However, in the late 1980s, the so-called dynamic systems were created. They look like piles of flasks, pumps, and hoses and allow to recreate in vitro changes of antibiotic concentrations in the body in real administration circuits, which are applied by doctors, and to evaluate bacteria destruction. In 2003 the article, which described a type of correlation between the increase in the number of drug-resistant bacteria and antibiotic administration regime modeled using dynamic systems, was published. It turned out that this correlation is bell-shaped. At very low and very high antibiotic concentrations the resistance does not develop. But at average concentration, the number of drug-resistant bacteria increases by several times. Such an unusual form of correlation was explained hypothesis made in the early 2000s, the of a «resistance blank».

Now scientists can put aside drugs that have no chance destroy resistant mutants. It turned out that many of the most popular antibiotics at existing schemes of their application refer right to «resistance blank». This problem can be solved, if prescribe this drugs together with another drug, which «hits» another target. Sometimes such scheme allows to significantly reduce main agent dosage, and thus improve the tolerance.

But sooner or later bacteria will adapt to both drugs. And combining these two antibiotics with another one is not an option. The human body is very complex, and it is impossible to predict how three or more drugs will interact with each other. It is also impossible to synthesize a new substance quickly – the process of drug creation takes many years. However, if the situation with new antibiotics deficit becomes threatening, the researchers will be continued.

Nowadays opinions on antibiotics were seriously reconsidered. When a patient caught a cold there is no point in using antibiotics, besides it sometimes may be harmful. A cold is an acute respiratory viral infection (ARVI), and antibiotics do not fight with viruses. They are useless in treating the flu, measles, rubella, chickenpox, mumps, hepatitis A, B, C, and many other diseases caused by viruses. Antibiotics

[ithshop code=”zithromax” tpl=”short” page_id=”282″ dummy=”txt”] Zithromax dosage may vary depending on the disease, its severity and duration. It is taken orally 1 hour before or 2 hours after meal intake once a day. Adults with infections of upper and lower respiratory tract – 125 mg / day for 1 reception for 3 days (course dose – 250 mg). When skin and soft tissue infections –